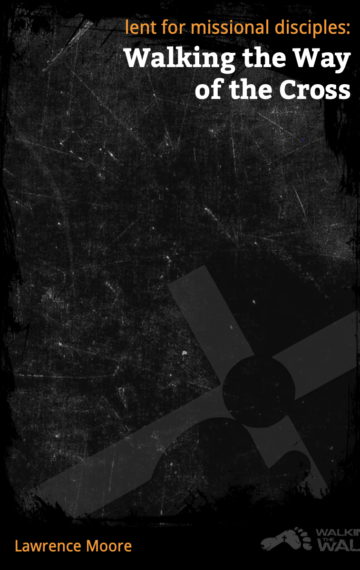 Good Friday is the culmination of a confrontation that begins with the opening verse of Mark’s story of Jesus. He is set against Rome and its local agents – the Herodian kings who are appointed as Rome’s client kings to suppress resistance to Rome, and the High Priest (also appointed by Rome) and temple authorities, who collude with the Empire in return for the opportunity to exploit the poor and vulnerable for personal gain and influence.

Jesus tells his disciples, “The only way to become my disciple is to put your own interests aside, take up your cross, and follow me!” (Mark 8:34). Jesus’ own Way of the Cross doesn’t start when he reaches Jerusalem; it begins with his decision to take on his messianic role at his baptism. That is what we are tracing and unpacking over the 40 days of Lent.

The Greek word for “church” is ekklēsia, which means, literally, “called out”. For Jesus, that doesn’t mean being called out from the world: after all, he is God come into the world! Rather, it means to be called out of the-world-as-Empire to live in the-world-as- Kingdom – to live in this world as though God were already in charge!